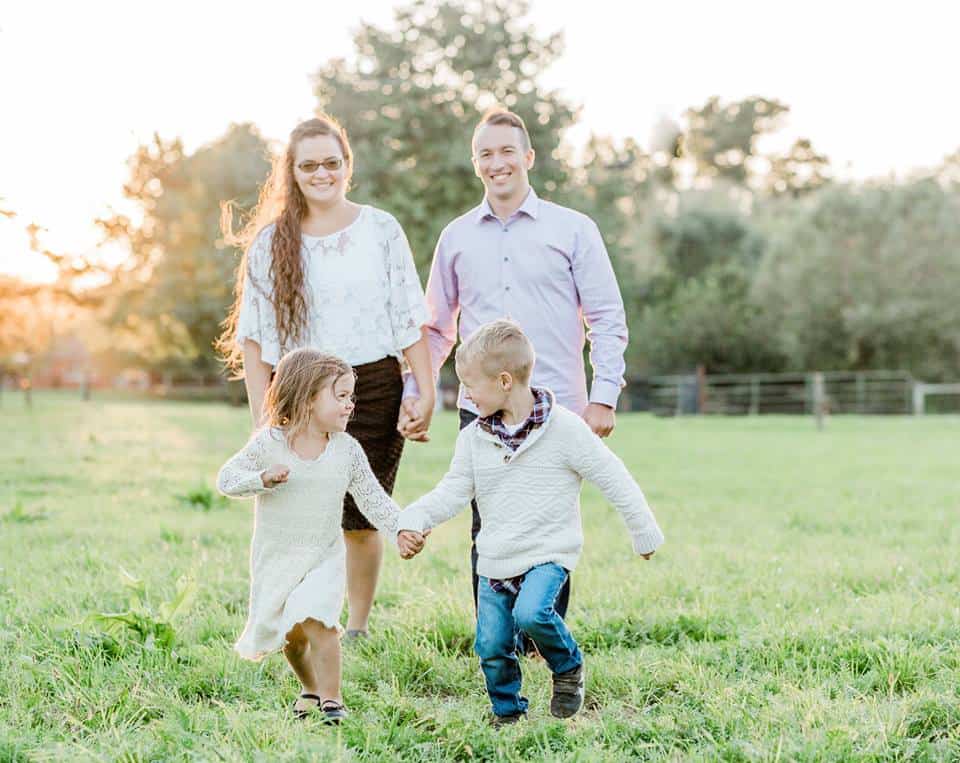 When Quarry View Building Group President, Ben King, pauses to reflect on the past and dream for the future – he sees people. People who have taught him invaluable life lessons. People who have stood shoulder-to-shoulder with him through seasons of uncertainty. People he feels a deeply rooted sense of responsibility for. It’s quite fitting that the Quarry View Building Group mission statement is “Relationships built on strong foundations,” because it truly is the relationships in Ben’s life that continue to drive business forward.

The Oldest of Twelve
Ben was the oldest of twelve kids in a family struggling to make ends meet. His first experiences working on his family’s farm were at a very young age. By the time he was three, Ben already held the responsibility on his family’s farm of giving the newborn calves bottled milk. By the time he turned sixteen, Ben was working full time for a local construction company. The need to contribute financially was a matter of survival. He took on the responsibility to provide and care for his younger siblings while he was still a child himself.
When Ben was only 20 years old, he decided to step out on his own and build a business he could be proud of and one that would offer him and his family the opportunity to thrive. The people closest to him and their well-being was what truly mattered.

Leading with Integrity
When Ben and his newly established team were just getting started, he knew instinctively that establishing trust with Quarry View’s clients was crucial. Now as he reflects back, Ben admits, “We had no idea how to run a business and are so fortunate to have survived the early years. We should have been out after 6 months! …There were little mistakes early on where we just didn’t account for things we didn’t know, but we always owned up to those mistakes and did the right thing. And God blessed our business and we were able to continue.”
One story of God’s favor early on came in 2008 when they placed a small classified ad for $36 in their local newspaper. At this point in time they had no credibility as a company, no portfolio to show off their craftsmanship, and no history with any sizable accounts to provide references… but the phone rang. All it took was one call that turned into a $55,000 project that came at a critical time when they really needed work.
Ben believes that if they always do what is right for the client and if their word is truly their bond, God’s favor will follow. That foundation of trust will be the solid ground needed to build a strong organization.

A Father First
The people at the center of Ben’s life today are his wife and children. Even as business grows and the opportunities seem limitless, Ben’s True North remains to be making time for his family. When Ben dreams about the future, he sees them. Thriving. Provided for. Living ‘The American Dream’ and pursuing lives that inspire them. Lives that stem from a place of passion rather than survival.

A Community of Dreamers
The other group of people Ben dreams of inspiring and supporting through his own success is his fellow entrepreneurs. Ben has a vision to see other families in his community find financial breakthrough and realize their own ‘American Dream.’ He is working with a group now to provide coaching and business opportunities to aspiring entrepreneurs across America . Whether reflecting on where he’s been or setting his sights on where he is going, it is Ben’s sense of responsibility and determination to see the people he surrounds himself thriving that continues to motivate him towards what is next